Nearly 10 percent of all Americans will experience symptoms of depression each year. One of the common forms of treatment includes a combination of therapy and antidepressants. According to the CDC, about 13 percent of Americans over the age of 18 took antidepressants between 2015 and 2018. The most prescribed form of these are called selective serotonin reuptake inhibitors (SSRIs), designed to change the flow of serotonin in the brain.

I am one of the millions who take an SSRI – one called sertraline, to manage symptoms of anxiety, depression and obsessive-compulsive disorder. Before I talked to a psychiatrist about getting this medication, I dealt with feelings of impending doom and dread that appeared on a whim, as well as dozens of intrusive thoughts and feelings every minute. Basically, it’s like having your very own villain yell at you all day long. Taking the medication has been incredibly helpful for me, as it has for many others.

And that makes it all the more strange to acknowledge that, as with many other complex illnesses, scientists are still not sure exactly what causes depression, and whether serotonin is one of the main culprits. In the 1960s, scientists discovered beyond doubt that certain drugs used as sedatives helped relieve depression. Since these drugs acted on the serotonin system, it led to “a very simplistic idea that low levels of serotonin lead to depression,” Gerard Sanacora, a psychiatrist at Yale University and director of the Yale Depression Research Program, told The Daily Beast.

Most researchers now hold to the idea that there are many genetic, social, and biological contributors to depression; and yet the idea of ​​a chemical or serotonin imbalance is stuck in the popular zeitgeist. It has largely persisted because of its prominent placement in advertisements for drugs such as Prozac in the late 1980s—even when psychiatric research was already changing the perspective.

That brings us to today’s debate around SSRIs. Most neuroscientists, psychiatrists and clinicians who study and treat depression agree: Antidepressants such as SSRIs work just as well as cognitive therapy. With the right treatment, remission rates for depression can vary between 5 and 50 percent. There is no doubt that people like me find real relief thanks to these drugs.

But if depression isn’t quite as linked to serotonin levels as we once thought, then that raises the problem that we don’t really know how SSRIs work and why they might help some depressed people. There are several promising theories that suggest they play a role in mediating gut bacteria, to help the brain grow new cells and challenge itself, to create larger and more complex physiological changes beyond simply increasing serotonin levels. But none of these theories have been proven yet.

The ensuing discussion has boiled over into a full-blown debate, pitting mainstream psychiatry against a minority of researchers who don’t believe antidepressants actually work.

Every couple of years, a new wave of studies emerges from the shadows, purportedly “disproving” the notion of the serotonin hypothesis. These studies suggest that depression is either a result of social factors or caused by traumatic experiences, and that antidepressants either do not work, dampen emotions, or actively cause harm. Instead of medication, they believe that depression is better treated only through therapy.

The battle between competing academics and researchers is as intense and vicious as any battle that takes place on the internet – with Twitter feuds, op-eds for think tanks and news outlets themselves. The shady history of the pharmaceutical industry further fuels skepticism about the efficacy of antidepressants. When clinical trials with antidepressants failed to show the results hoped for, drug companies essentially buried the evidence and biased the documentation in favor of antidepressants—which has only exacerbated mistrust of these drugs and their manufacturers.

Adding fuel to the fire, a recent review study published in the journal Molecular psychiatry re-examined decades of previous data on serotonin levels in depression, finding no evidence of a link between the two and offering this as evidence that SSRIs do not work or only work by eliciting emotion. This conclusion drew criticism from many psychiatrists and clinicians – the study did not even analyze whether antidepressants work – but with the support of the study’s authors, right-wing media outlets pushed this message anyway.

“If there are benefits, I would say they are due to this numbing effect, and otherwise the evidence shows these very small differences between the drugs and the placebo,” Joanna Moncrieff, a psychiatrist at University College London who led the study, told The Daily Beast. “Antidepressants are drugs that change the normal state of your brain, generally not a good idea to do [that] long term.”

Antidepressants may not be all they are cracked up to be

Moncrieff himself is an influential figure in what is called “critical psychiatry,” The Critical Psychiatry Network, of which Moncrieff is co-chairman, describes the movement on its website: “It poses a scientific challenge to claims about the nature and causes of mental illness and the effect of psychiatric interventions.” The researchers associated with this movement advocate the use of drugs for mental illness, and have even promoted COVID-19 conspiracies.

If depression is caused by the interaction of stressful events and biology, as some in the Critical Psychiatry Network argue, Sanacora does not follow why this means that antidepressants do not work. “I just don’t follow the logic,” he said.

Four other experts who spoke to The Daily Beast specifically pushed back on Moncrieff’s findings, stressing in particular that her and her team’s paper grossly conflates two hypotheses under the serotonin theory. It is the chemical imbalance hypothesis that is quite well known, which suggests that a deficit in the serotonin neurotransmitter in the body leads to depression. But according to Roger McIntyre, a professor of psychiatry and pharmacology at the University of Toronto, “the notion of a chemical imbalance in your brain has never been put forward as a coherent, comprehensive, evidence-based proposition.”

Instead, the more prevalent serotonin hypothesis, which psychiatry takes seriously and which McIntrye and others claim is supported by evidence, is that a dysregulation of the whole body’s serotonin system is what contributes to clinical depression. This includes problems with the amount of receptors available to bind serotonin, problems with how the cells fire, and a number of other disturbances at the biomolecular level. They argue that Moncrieff is wrong to make the sweeping claim that there is no evidence for serotonin’s involvement in depression.

Moreover, not knowing the mechanism of a substance is not a good enough reason to prevent its use if it is demonstrably helpful to people. “We are very confident that SSRIs work against depression,” Tyler Randall Black, a child and adolescent psychiatrist at British Columbia’s Children’s Hospital, told The Daily Beast. “There is a ton of evidence showing us that they work, but not why they work.” McIntrye pointed to the fact that we don’t even fully know how Tylenol works either — despite it being one of the most widely used pain relievers around the world. Tylenol also affects the brain in unexpected ways – even if it alleviates social or psychological pain, that’s no reason to take it off the market.

Harming these drugs can have unintended consequences because therapy is often unavailable, making SSRIs the only available option. “The demand for mental health care far outstrips the available access,” Sanacora said, adding that many Americans have to wait months to see a good cognitive behavioral therapist. In addition, it can be dangerous to stop taking SSRIs suddenly: One in five patients who do this will experience flu-like symptoms, insomnia, imbalance and other symptoms that can last for a year.

While the psychiatrists who spoke to The Daily Beast emphasized that the serotonin hypothesis was a way to easily explain a complex disorder like depression, they highlighted that it has promoted disadvantages over time. The story of a “‘chemical imbalance’ narrative has negatively impacted patient decision-making and patient self-understanding,” Awais Aftaib, a psychiatrist at Case Western Reserve University in Cleveland, Ohio, told the Daily Beast.

Phil Cowen, a psychopharmacologist at the University of Oxford in the UK, told The Daily Beast that socioeconomic status is a contributing factor to depression, leading those in the critical psychiatry field to believe it “gives power to doctors and industry” over patients . Ironically, it ignores the millions of “people with experience” who were helped through antidepressants.

Still, the million-dollar question remains: How do SSRIs work? Aftaib explained that a new leading hypothesis is that they encourage the creation of new neurons and new connections between neurons inside the brain. The hippocampus, a seahorse-shaped area of ​​the brain important for memory and learning, shrinks and loses neurons when depression strikes. SSRIs appear to stimulate the production of neuronal stem cells, which integrate into the hippocampus to restore function and structure. Other studies suggest that SSRIs help the brain rewire the connections that cause the clinical symptoms associated with depression.

He also added that SSRIs may work through different mechanisms in different individuals, so treatments may need to be more tailored on a case-by-case basis.

Why scientists invented a magic mushroom that has no magic

And more specific, individualized treatments may require psychiatrists to be more honest with their patients about what we know and don’t know about these medications, as opposed to a simplistic (and downright inaccurate) explanation.

Black is already trying to do that with his patients: “I’m saying we know for sure it affects serotonin, but we don’t know how it changes your brain, and we don’t know you’re lacking serotonin to begin with.” He has found that these open discussions about what we know so far about therapy and medication pay off in the long run, and many of his patients will still choose to take antidepressants as part of their search to find what works best for them . 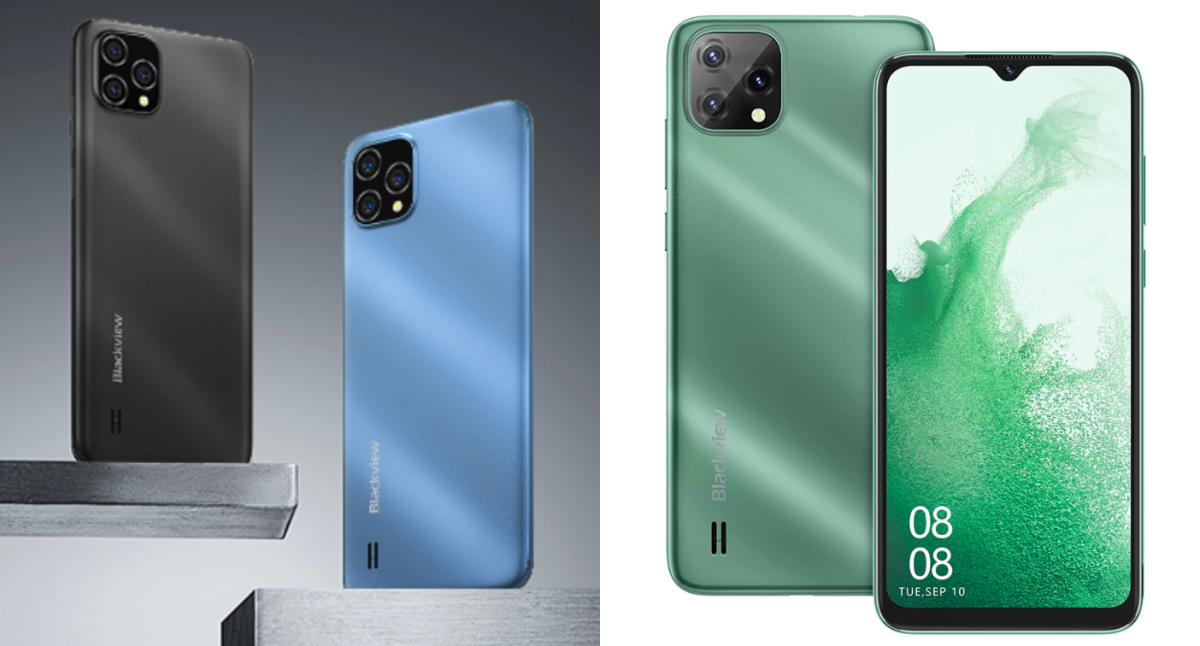 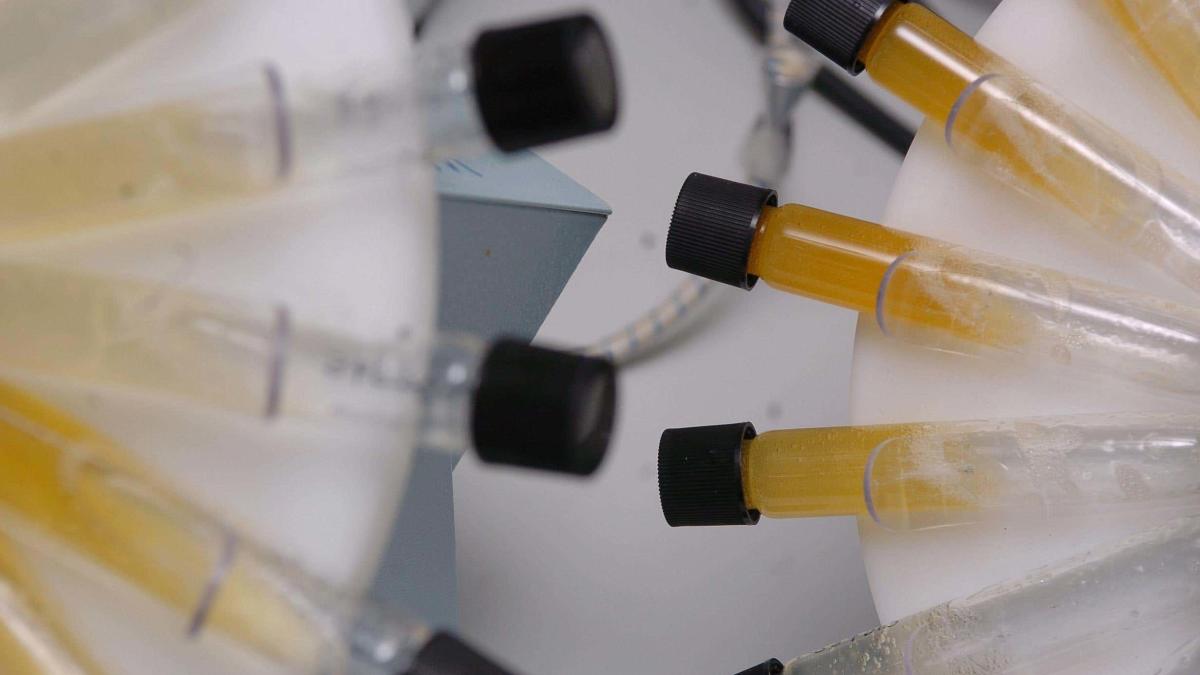 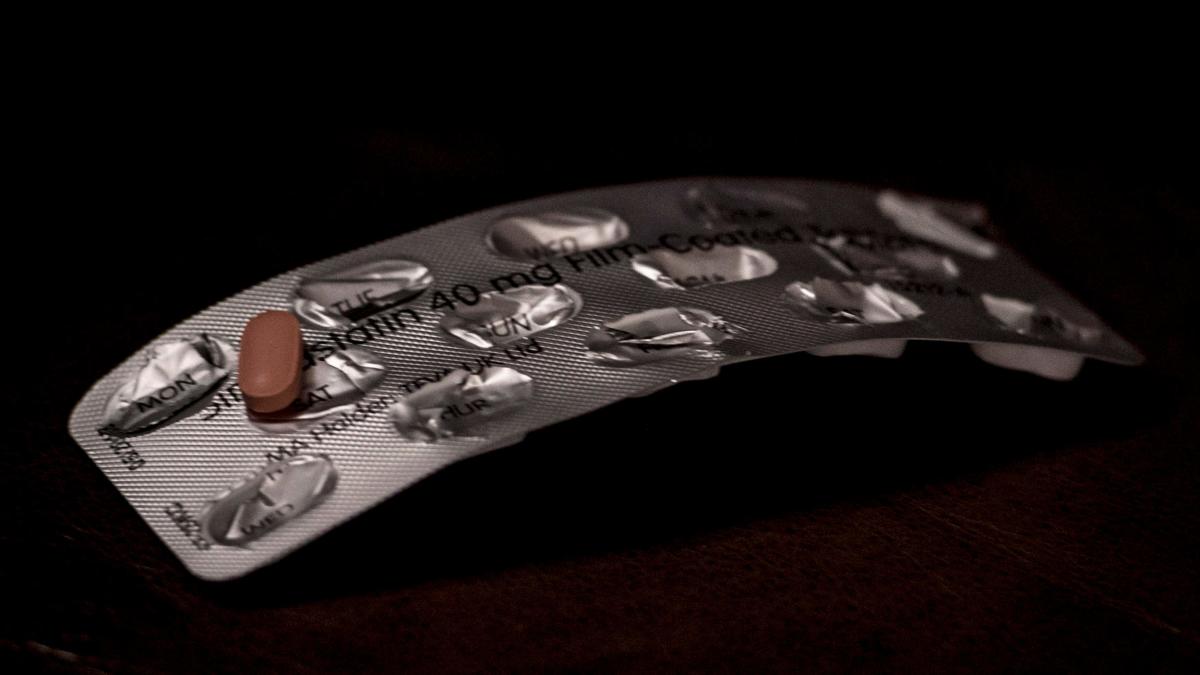 Cholesterol medicine can be used in the treatment of prostate cancer