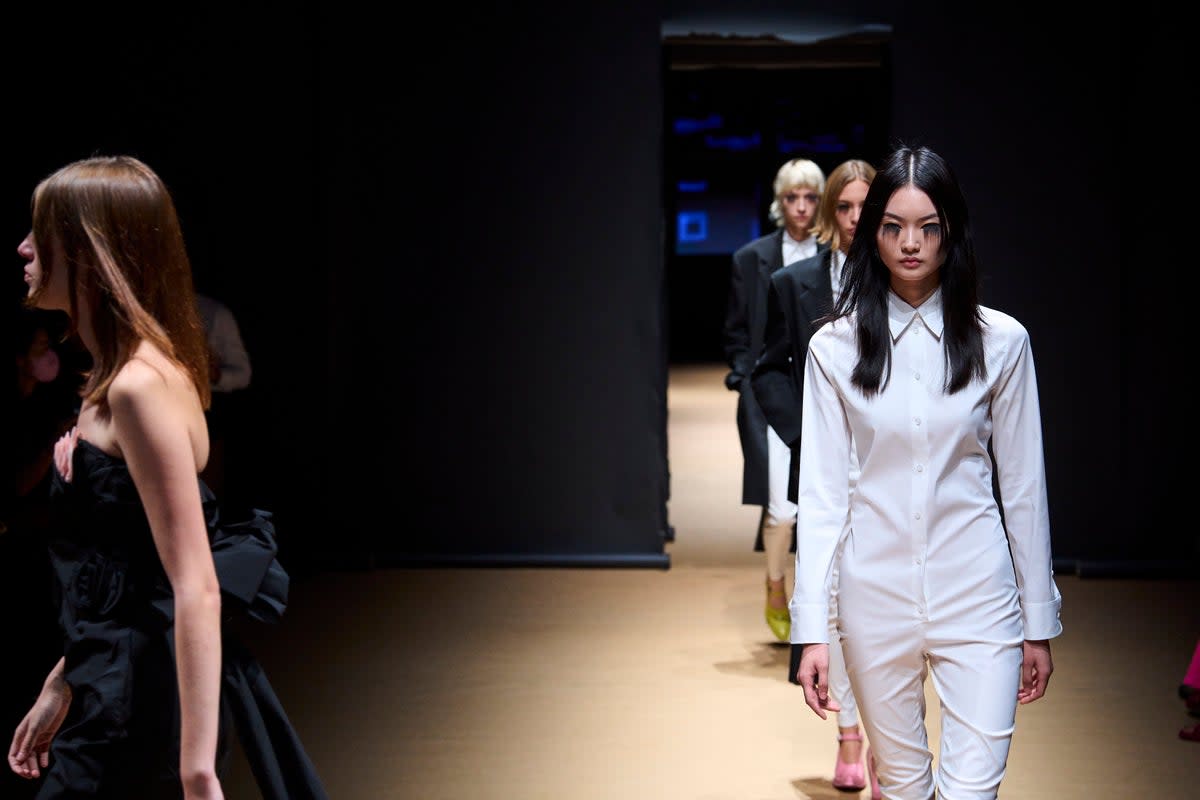 The walls of the Fondatione Prada were covered in large rolls of black paper for Prada’s spring/summer 2023 womenswear presentation in Milan on Thursday for a show that would explore the theme of domestic spheres and outer life.

As the models hit the dimly lit runway to an eerie soundtrack, each wearing the same shoes in different colors, it quickly became clear: this would be one of the most muted collections we’d seen all week in Milan.

The show started with a utilitarian uniform of cotton-stitched jumpsuits that were slim at the leg and done up to the collar (and more than a little difficult for anyone with a mortal physique to pull off) paired with cotton driving jackets in diesel blue and asphalt gray. like balloon behind and was held closed by models in front; achieve a just-popping-to-the-shop effect.

“The clothes are about simplicity, without unnecessary complications. Politically, theoretically, aesthetically, we are drawn to these performances again and again, Miuccia Prada said in her show notes. “But with this collection, it was combined with the idea of ​​decoration, beauty, how to decorate and embellish but remain simple.”

Sheer and sheer fabrics dominated another section, with the popular half-wool, half-mesh skirt from the brand’s AW22 collection reimagined for summer in all or near-sheer mesh. Ghostly organza silk nightgowns, long skirts and bed jackets with lace detailing and triangular logo plaques at the neck, a nod to the show’s theme of domesticity, had a dreamlike boudoir feel, and served as a stark contrast to the boxy motocross leather jackets and skirts that followed. A series of ombré tie dye slip dresses cut to the knee felt somewhat un-Prada in their grunginess, but decidedly cool.

Long trains had migrated from the mega-popular satin mini skirts of last season and were now seen floating from the necks of dresses and jackets. That said, the collection was perhaps lacking in some of the instant hit makers from previous seasons – namely the aforementioned taffeta train mini, which remains catnip among the high street set, and the white logo plaque tank, which routinely sells out online despite its £650 price tag.

The accessories were simple and strong. The triangle bag came in a doubled format in neon and pink, and shiny ’90s-inspired patent boxy bags added color to all-black leather looks.

Prada SS23 had moments of real strength, but was any of it too low-fi to really fly? 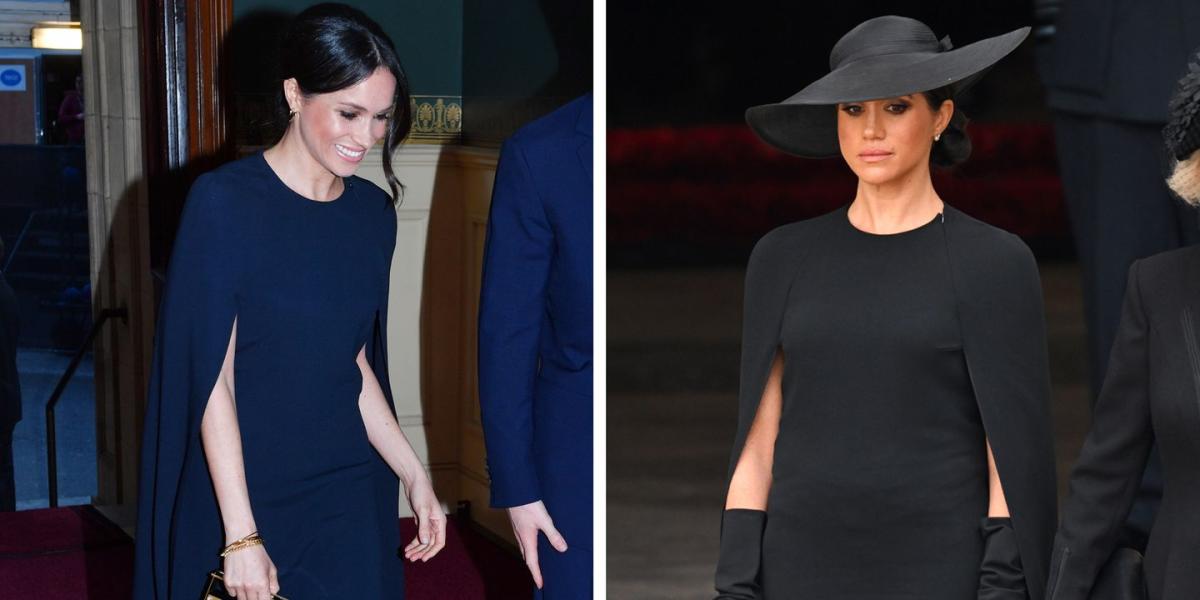 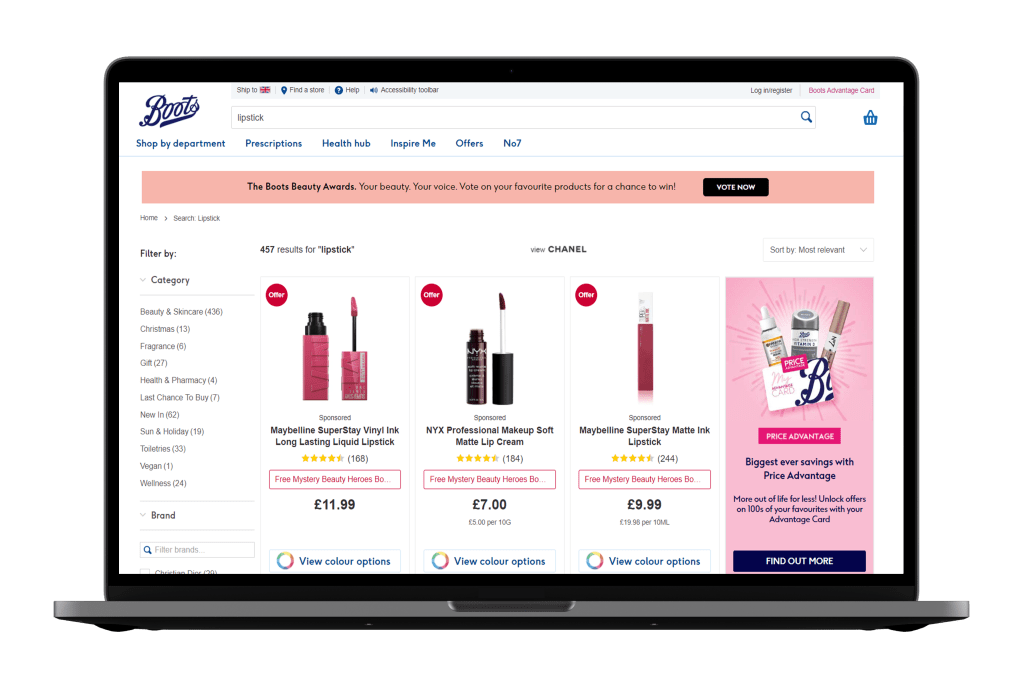 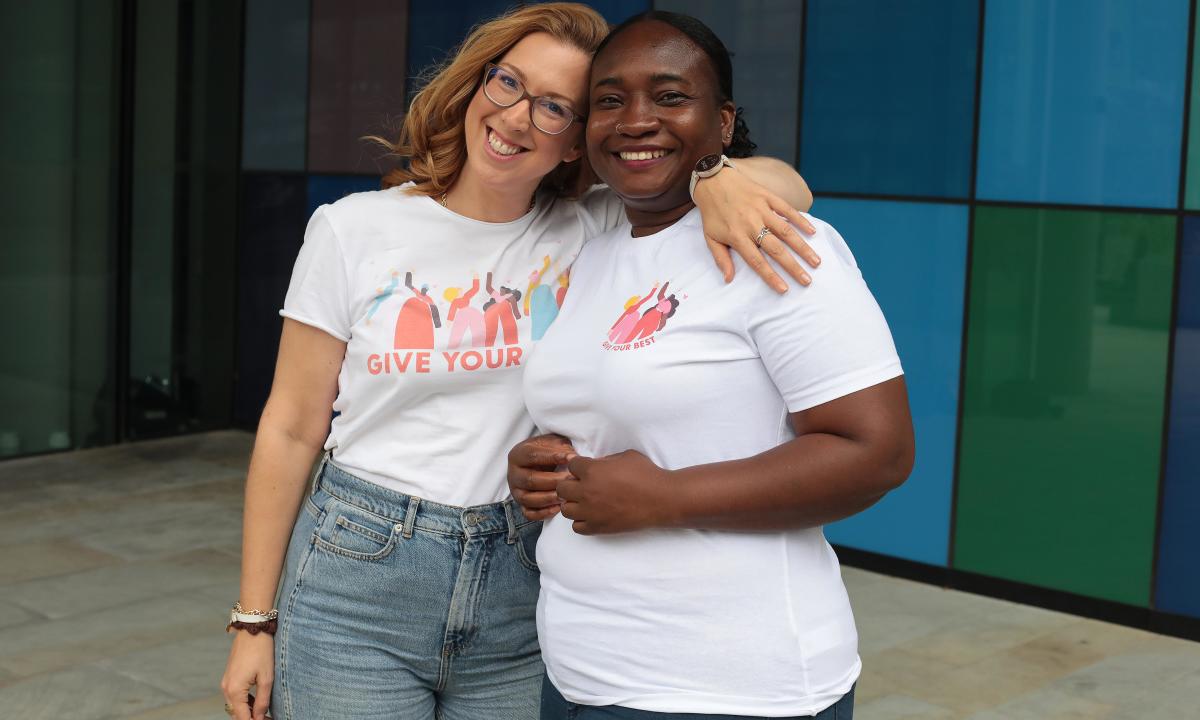