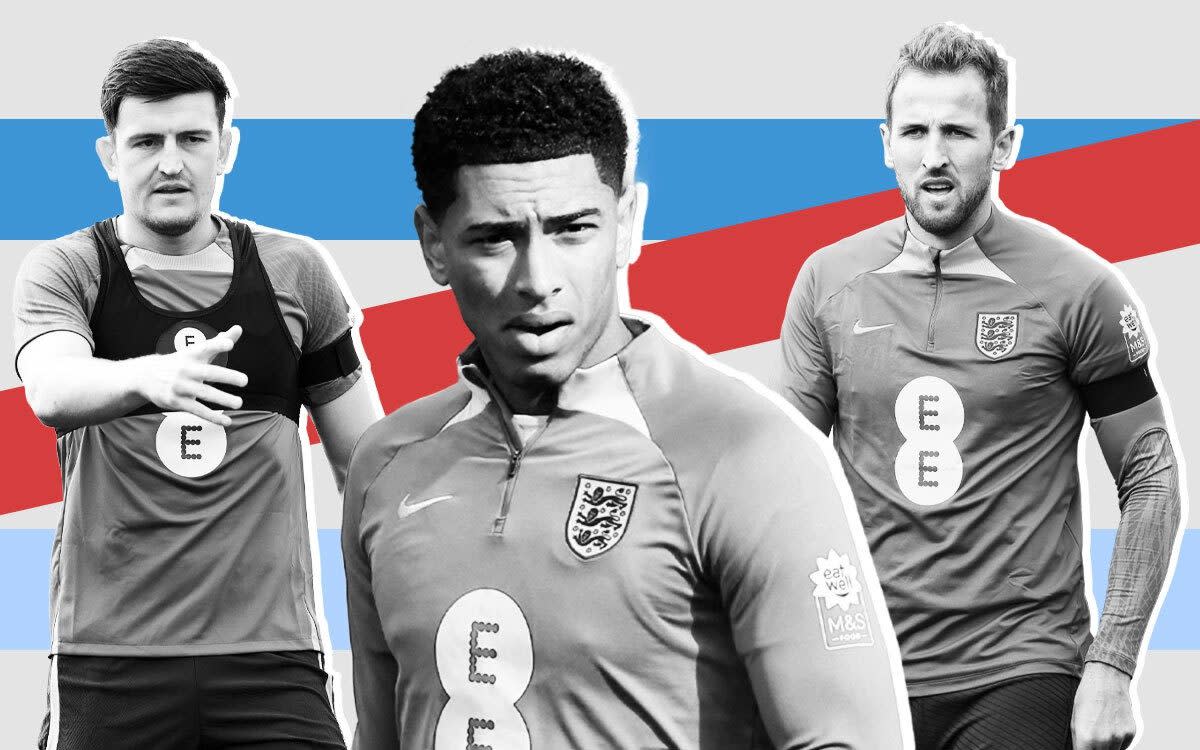 The Qatar World Cup kicks off on November 20, with England playing their opening game a day later, and the clock is ticking for Gareth Southgate to complete his 26-man squad.

Southgate will have had less than half a Premier League season to assess his available players before making a final call, but after six years in the job he should already have a good idea of ​​who is on that plane to Doha.

World Cup squads will increase from 23 players to 26 under new measures brought in by Fifa, which will give Southgate something extra to think about as the Three Lions aim to end 56 years of injury.

England reached their first semi-final since 1996 at the 2018 World Cup, before reaching their first final since ’66 last summer when they lost to Italy on penalties at the European Championship.

With a group containing Wales, Iran and the USA awaiting them, many are tipping England to go one better.

With that in mind, we’ve asked our team of football writers to pick who they’d like to see represent England in Qatar…

With a 26-man squad – instead of 23 – there is some room for experimentation. My wild card is Crystal Palace’s talented and skilled Eberechi Eze who has not previously received a call-up but plays well and can cover a number of forward roles. Marcus Rashford would also do so at the expense of Tammy Abraham who has been unconvincing for England. Jarrod Bowen did well this summer, but I think Eze and Rashford – who is finally back to form – offer more.

Trent Alexander-Arnold fails to do so, which will upset many Liverpool fans, but he simply hasn’t done enough for England, unlike rivals Reece James, Kieran Trippier and Kyle Walker. On the other flank, I’d take just one specialist left-back in Ben Chilwell, partly because Trippier can play on that side like other players can if Southgate goes for a more attacking wing-back. Luke Shaw is not playing and is out of form.

Unfortunately, Kalvin Phillips cannot be evaluated because he is injured. While Jordan Pickford is also out, it is understood he will be fit next week. Ben White can count himself unlucky and I considered another wild card – Brighton striker Danny Welbeck – but Ivan Toney is younger and deserves the chance.

A number of players have been included whose form and form over the next month will dictate whether they take the plane to Qatar, so Manchester City’s Kalvin Phillips, for example, is a big question mark. Luke Shaw will similarly be lucky to make the squad if he remains out of the picture at Manchester United and is included here simply because of the absence of alternative left-backs. I think Gareth Southgate will go with Harry Maguire anyway.

With borderline calls up front, I’d go with whoever is in the best form closer to the tournament, allowing the likes of Marcus Rashford, Jadon Sancho and Ivan Toney to easily be swapped out for players like Jarrod Bowen, Harvey Elliott and Tammy Abraham, among others . I would like to see England in a 4-3-3 formation, but there is the flexibility in the squad defensively to use a back three if necessary.

Barring more injuries or Gareth Southgate falling in love with another right-back, it’s hard to imagine fresh faces breaking into the squad at this late stage. The England manager must know his preferred starting XI for the opening World Cup match, but a 26-man squad should allow for wildcards.

Assuming Kyle Walker will be a right-sided centre-back if Southgate goes with a back three, and Kieran Trippier is an option at left-back as much as on the right, there’s an argument to be made that James Tarkowski is currently playing as well as any English centre-back in the Premier League League. He has made an excellent start at Everton, although Southgate is likely to be loyal to Harry Maguire regardless of how little he plays for Manchester United, and it would be brutal to leave out Conor Coady so close to Qatar.

In midfield, James Ward-Prowse has recently been selected for his set-piece expertise, but where and when will he be used at the World Cup? Promoting Aston Villa’s Jacob Ramsey, Liverpool’s Harvey Elliott or Everton’s Anthony Gordon from the under-21s would be a nod to the future as much as the here and now. Of the three, Ramsey fits the required profile given the recent injury record of Jordan Henderson and Kalvin Phillips. A midfield trio of Declan Rice, Jude Bellingham and Ramsey would bring athleticism, technical ability and excitement.

Up front, unless Ivan Toney impresses in the upcoming friendlies, he will miss the final.

Most of the squad – from Jordan Pickford to Harry Kane – are self-selecting. There are perhaps only three or four rooms that invite debate. And Gareth Southgate is blessed in that he has a number of players such as Kieran Trippier, Kyle Walker and Bakayo Saka who are able to adapt to a variety of roles.

If the main principle is to pick form, it seems impossible to find a place for Luke Shaw or Harry Maguire, whose declines have been underlined by the lack of playing time at their club. There is no more point in selecting them than there is in selecting Dele Alli or Jesse Lingard, two other stalwarts from the last World Cup whose time has passed.

Unlike them, however, Eric Dier is back to where he was in 2018, flourishing under Antonio Conte’s guidance at Tottenham. Ben White is similarly developing at Arsenal under Mikel Arteta. Both are far more plausible choices than any of the Manchester United men.

Southgate is also lucky with the quality of his midfielders and any combination looks good as long as it involves Jude Bellingham. Variety is required in attack, which is why Ivan Toney, as back-up to the obvious choices like Kane, Saka, Phil Foden and Raheem Sterling, should go in case some muscle is needed in the dying moments of a match. And I would send Marcus Rashford, simply because in form he is electric. And the form is returning.

International team selection is a complicated matter, so I have tried to simplify it as much as possible by selecting three goalkeepers and the two best players per position (in a 3-4-3 formation, as it seems to be the direction Gareth Southgate is going in). on the way).

That leaves three spots to be filled by “wildcard” players. The first of them is obvious enough: Mason Mount, who doesn’t fit naturally into a 3-4-3 system, but simply has to be included for his versatility and all-round quality.

Southgate is clearly leaning towards including more defenders, but 10 defenders feels like a lot. Unfortunately, that means no place for the likes of Kieran Trippier (Trent Alexander-Arnold is included instead), Conor Coady or Fikayo Tomori (Eric Dier, Ben White and Marc Guehi get the nod).

England lack quality in midfield and Liverpool’s Harvey Elliott could yet make a late addition to the squad. Elliott certainly has the kind of technical skill in central areas that England so often lack at major tournaments.

The final spot is for a striker, and you can choose from the likes of Jarrod Bowen, Ivan Toney, Marcus Rashford and Jadon Sancho. I’m going with Toney, mainly because he offers a completely different option off the bench.

It’s a close call between a revived but currently injured Marcus Rashford and Ivan Toney in attack. The Brentford man has the advantage as he is in the squad but must impress during this international break or the door will be open to Rashford.

Fikayo Tomori and Eric Dier push out Conor Coady and Tyrone Mings in the center of defence, although I suspect Harry Maguire and John Stones will still be first choice again given Gareth Southgate’s loyalty to those who have impressed for England in the past.

Kieran Trippier is just ahead of Trent Alexander-Arnold as he can also play at left-back and the Liverpool player has had a slow start to the season. My wildcard is James Maddison returning to the fold. He has been in excellent form for Leicester and he scores and creates goals. Sources have suggested that he has also matured as a man. I suspect Southgate will prefer someone like James Ward-Prowse.

Trent Alexander-Arnold would be a wildcard, but his quality going forward would be a risk worth taking if England are chasing games where they need a game-changer. That means Gareth Southgate would have four right-backs, but Kieran Trippier can play on the left and Luke Shaw’s lack of playing time at the moment means there is adequate back-up.

James Ward-Prowse is worth bringing to Qatar for his set-pieces and penalties, should they be needed later in the tournament.

Up front, Dominic Calvert-Lewin could make a late surge if he returns from injury, but the pace of Marcus Rashford means only one back-up striker is needed for Harry Kane and Tammy Abraham is a player Southgate has had faith in, though Ivan Toney deserves his call.

Conor Coady would be a big miss in terms of his positive presence around the camp, but Eric Dier needs to be there in form over the last year. Fikayo Tomori would also be unlucky to miss out. Jadon Sancho deserves a place in the squad for his performances this season and his pace will be a threat off the bench.

Our writers have chosen their teams, now it’s your turn. Use the squad builder below to select your England starting XI. For now, we’re asking you to pick from Southgate’s recent Nations League squad, plus any players or ‘wild cards’ our writers have picked themselves: 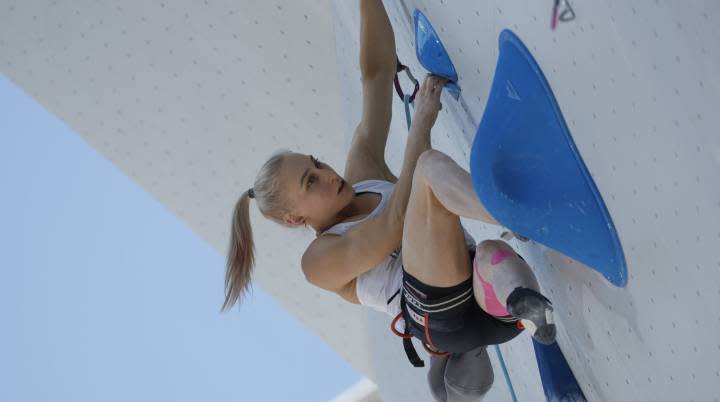 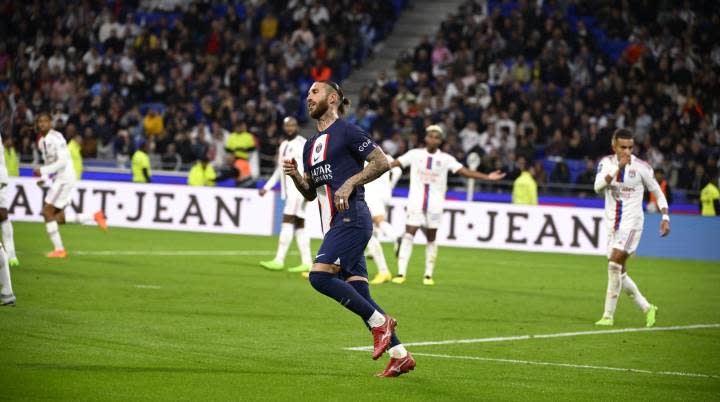